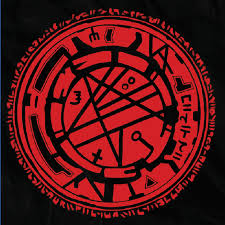 It’s currently on it’s 2nd edition, which is an A5 book with about 200 pages with text slightly bigger than DnD writing (or very close).

In ICRPG Core Rules, there are 2 Campaign Settings (Dark Fantasy and Space), 20 Classes and 10 Races (over 2 Campaigns), 29 Monsters and a series of adventure hooks.

Yet I feel, as a GM, I can get more out of this than DnD.

I’m looking at the book and, the first thing that strikes out is the visual benefits the book.  Simple black and white with maybe two or three fonts.  Clear and visible titles at the top of every page, Sub Titles on the page where relevant and a few other tricks besides.  I feel if I need to run one of the campaigns from this book, I could.  Except…

…  don’t need to.  This book does something for me that DnD doesn’t; it sparks the imagination because the system holds your hand in terms of understanding the rules.  Dice rolls are kept simple; are your attacks Unarmed, with Weapon or with Magic?  Is it something deadly and why is is deadly (under what conditions)?  You don’t have to worry about figuring out how many d6’s you need to roll for that’s dragon’s breath, it’s likely to be deadly so roll a single d12 (maximum health for average PC’s is 10HP) but in confined spaces roll 2 and take the higher or add 3 to the damage roll.  Because the underlying rules are simple, the mechanics are laid bare, you can find it easier to invent things (although sometimes taking from the book is a good idea).

The final thing I think that make this easier for me to get into is book because it feels like he wrote it for me; the player and GM.  The moment you read the character creation you say “Actually I can incorporate character creation into the heart of my story!”  All they need to start is stats (Build and Race), an idea where they want to go (Class and Goals) and where they have come from (background).  You can then start the story and build the characters as you go along.

At the same time, he has added more than just campaign settings, he has added techniques.  10% of the book has been given over to GM tips and tricks.  Examples of Encounter Types (Ambush, Duel, Bottlenecks), encounter design, methods to keep the game moving and how to change a situation up.  While I’ve seen other books try this, it has been built for the GM and kept simple.  I’ve already designed my first encounter involving a… well that would be telling wouldn’t it.

Runehammer’s Art Style isn’t the same level as DnD, he hasn’t written as many rulebooks as DnD, he’s probably designed a ton of characters as a GM but they’ve all been in his mind.  But he has played to his strengths; aiming at the GM and player at the same time, using the art style to his advantage and built inspiring monsters that can spark the GM to make his own and his own world for them to fall into.